No. 229 Guide to the Amnesty for Tenant’s Improvements in Scotland 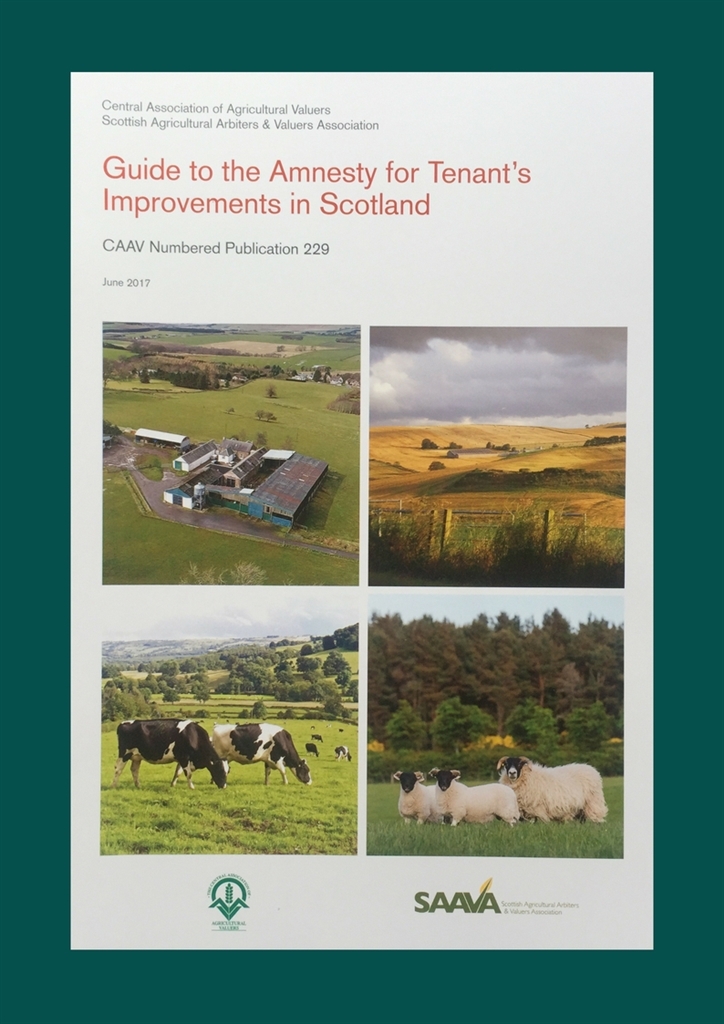 No. 229 Guide to the Amnesty for Tenant's Improvements in Scotland

Over the years, many improvements have been carried out by tenants which, without the correct statutory procedure being followed, would not qualify to be compensated at waygo. A number of these cases may have been agreed orally while papers may have been lost in other cases and so, for a number of reasons, an assumed entitlement to compensation cannot now be validated.

The Land Reform (Scotland) Act 2016 has now given the useful one-off, temporary opportunity of the Amnesty to address these issues for tenant's improvements where they were completed before 13th June 2017. Not only will it affect leases under the Agricultural Holdings (Scotland) Act 1991 leases but also some Limited Duration Tenancies and Short Limited Duration Tenancies. The amnesty period for regularising this legacy of past issues is open for three years from 13th June 2017 - current and future improvements will have to follow the statutory procedures to qualify for future compensation at waygo.

This paper endeavours to outline the issues involved and review the approaches to addressing this complex, time-limited opportunity for landlords and tenants to clarify rights.