No.224 A Review of Tenant Right Valuation – A Preliminary Analysis 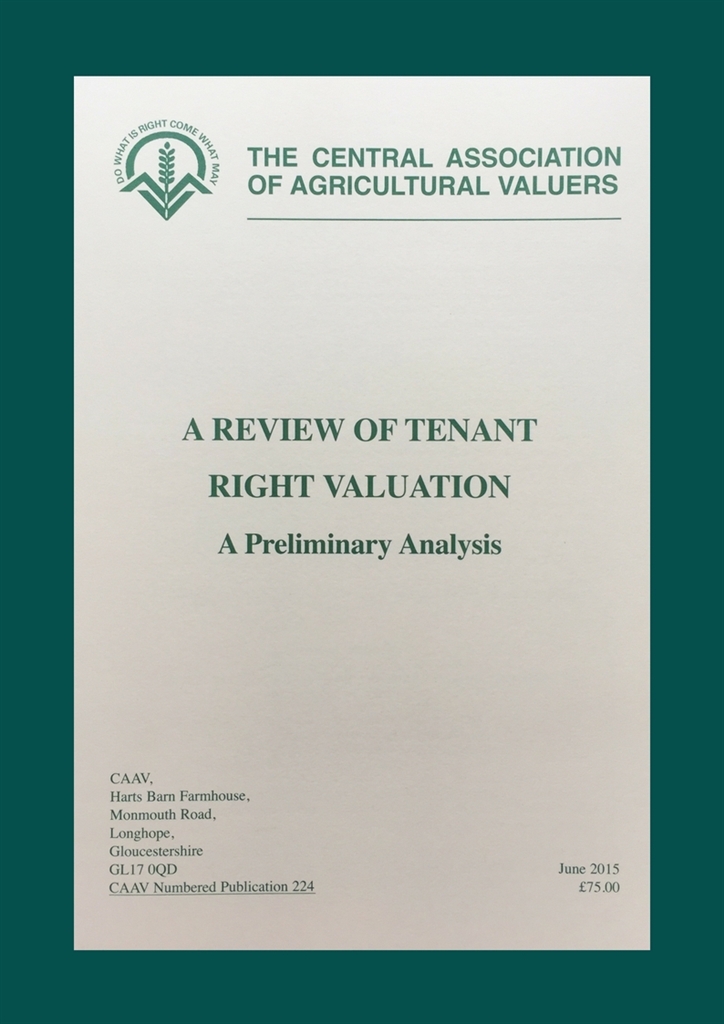 No.224 A Review of Tenant Right Valuation – A Preliminary Analysis

End of tenancy compensation for specified matters listed under Schedule 8 of the Agricultural Holdings Act 1986 Act, collectively referred to under the wider banner of “tenant right”, has been subject to statutorily prescribed rules and values that have been unaltered for many years. Yet the value of what has been left on the holding by the tenant for the incomer’s benefit has much increased. Meanwhile agricultural science has also moved on significantly since the 1970s with improved understanding of the soil mineralization of nitrogen, a greater recognition of sulphur and other trace elements, and the utility of soil improvers to mention but a few developments.

Consequently, the revocation for England of statutory instruments 1978/809, 1981/822 and 1983/1475 with effect from 1st October 2015 will require the agricultural valuer to use greater professional discretion than has been previously permitted in identifying the value to an incoming tenant. Proposed changes to this list of qualifying short term improvements under schedule 8 of the 1986 Act are awaited.

This publication provides and initial review of the practical issues involved in assessing these items and their value to an incoming tenant. That will also help agricultural valuers in regard to routine improvements under the Agricultural Tenancies Act 1995 and offer support to end of tenancy valuation work in both Scotland and Northern Ireland while the Welsh Government may follow suit after a period of consultation.

It is emphasised that tenant right valuation matters are evolving. This paper is the start of a process by the CAAV in appraising issues that have been fettered by regulation for almost seven decades. Deregulation allows the use of current values and current science while this topic is closely linked to growing concerns over soil. It is intended that further work will follow to assist valuers in undertaking this work.