No. 223 Means of Dispute Resolution 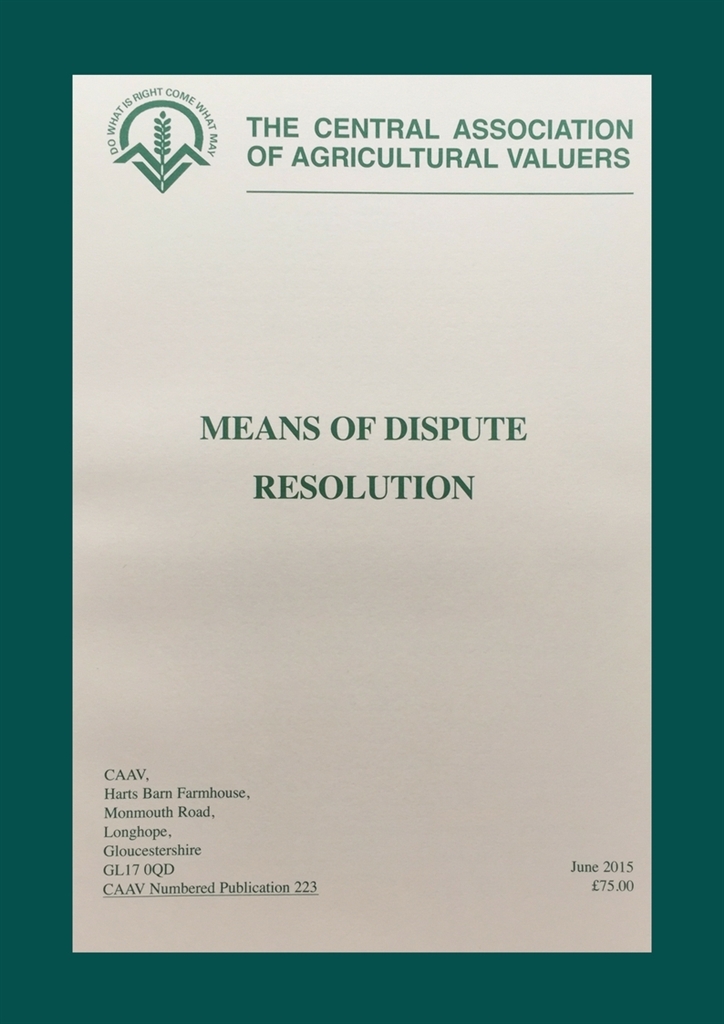 No. 223 Means of Dispute Resolution

This numbered publication brings together a comprehensive discussion on the nature, procedures, and differences between arbitration, expert determination and mediation in England and Wales; Scotland with its own judicial system and Northern Ireland. It considers both the means to resolve disputes and some of the professional issues that can arise in managing a case in dispute.

With that broader canvas, this text is prompted by the new opportunity given by the Deregulation Act 2015 to use third party determination for many issues (saving those associated with notices to quit) under the Agricultural Tenancies Act 1995 for farm business tenancies. These changes are reviewed in detail in section 5.3. Given that the cost of arbitration can sometimes be disproportionate to the worth of the matter in dispute, an increased scope for expert determination can offer a more cost-effective answer in some cases.

This paper takes the reader through many of the likely circumstances to be met in the field of dispute resolution, drawing particular attention to the distinction between advocacy and the role of an expert. Guidance is given on the intricacies of dispute resolution appointments, the use of directions, preparation of evidence, disclosure (recovery in Scotland), hearings, awards, cost and Calderbanks (tenders north of the boarder) together with an outline of court and tribunal workings in each part of the United Kingdom. It seeks to emphasise a practical approach, not only in resolving disputes but in managing them.