No. 217 Commentary on the Valuation of Improvements under the Agricultural Tenancies Act 1995 (Third Edition 2014) 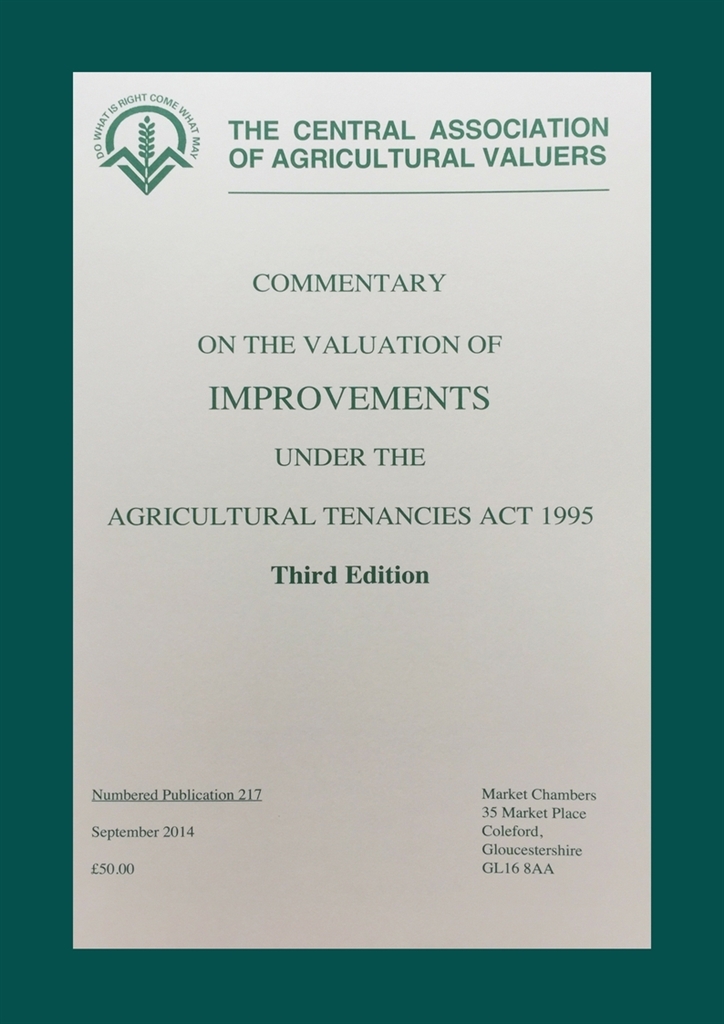 No. 217 Commentary on the Valuation of Improvements under the Agricultural Tenancies Act 1995 (Third Edition 2014)

In June 1995 the Land Committee formed a Sub-Committee whose brief was to produce a Commentary on the Valuation of Improvements in anticipation of the Agricultural Tenancies Act becoming law on 1st September.

The Sub-Committee was indeed fortunate to have the services of Central’s Secretary and Adviser, Jeremy Moody, who has applied himself to this task with customary vigour and enthusiasm in producing this Numbered Publication.

I am sure that the other members of the Sub-Committee will agree that, without such application, this Commentary could not have been ready so soon after the Act came into force.

19 years have now passed since the introduction of the Agricultural Tenancies Act 1995. While the format of this third edition has largely followed its predecessors, the need for it has arisen with the changes over that time for a text written in the immediate wake of the then new legislation. It covers the 2006 TRIG amendments allowing the capping of compensation, providing the certainty landlords and tenants may seek; and recognises that milk quotas (once very significant) are about to expire (with the relevant text being preserved as an appendix for future reference). Its service to the profession had been recognised by the references to it in Scammell and Densham’s Law of Agricultural Holdings.

When John Hopkinson, Chairman of the Sub-Committee of the then Land Committee which group worked on the first edition, wrote his Foreword, he particularly recorded the vigour and enthusiasm of Central’s Secretary and Adviser, Jeremy Moody, to the task. Nearly 20 years later that remains unchanged. It is with an expression of grateful thanks to Jeremy and his staff on behalf of the Property Committee that this third edition will be a very useful point of reference to members of the Association for years to come.