No. 187 Dilapidations on the End of a Tenancy 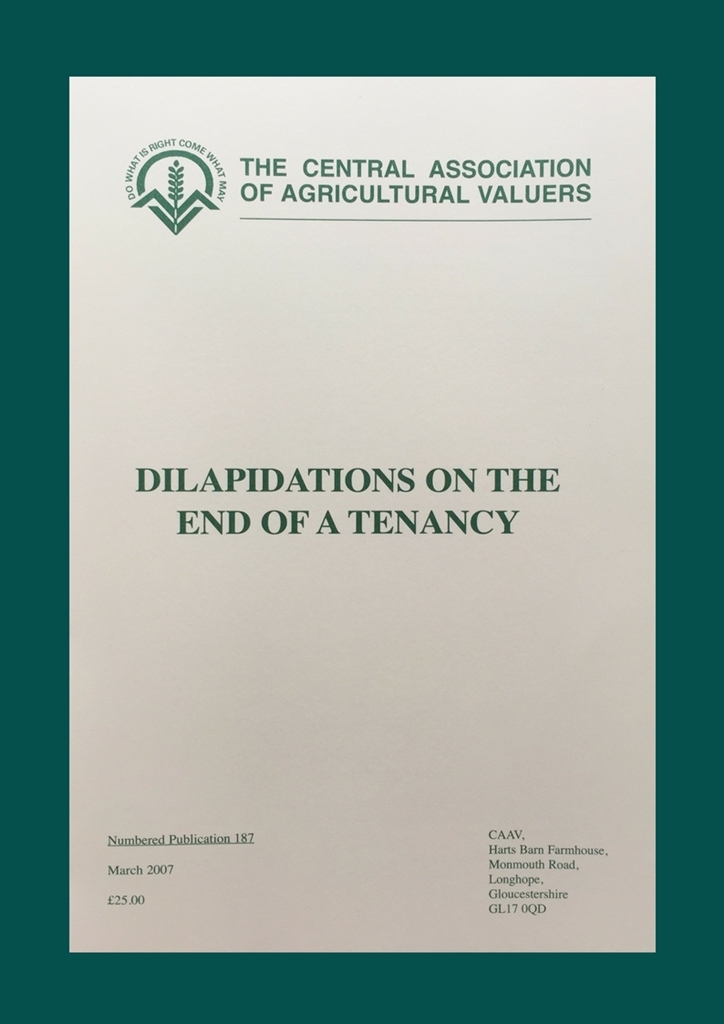 No. 187 Dilapidations on the End of a Tenancy

I believe it is seventeen years since our Association last addresses dilapidations under the Agricultural Holdings Act. A great deal has happened since then and members are now also engaged with FBTs, commercial tenancies and other lettings. Our knowledge and skill will be tested when considering dilapidations in the light of the Single Payment Scheme, Environmental Stewardship and numerous new regulations.

This new publication brings some clear guidance in areas that have changed as well as confirming the main principles of general tenancy law as well as the particularly detailed provisions of the 1986 Act.

Applying to the position on the termination of a tenancy (whether 1986 Act, FBT, commercial, residential or other) rather than to dilapidations issues during the course of the tenancy, this text should be read as a sister publication to those covering end of tenancy compensation to tenants: End of Tenancy Compensation under the Agricultural Holdings Act 1986 (No. 182 of 2006) and the Commentary on the Valuation of Improvements under the Agricultural Tenancies Act 1995 (Second Edition, No 166A of 2002).

This paper replaces Numbered Publication 165 which is now withdrawn.

The Property Committee and various other members of the Association have had some input but the credit must go to Jeremy Moody for producing another invaluable publication.